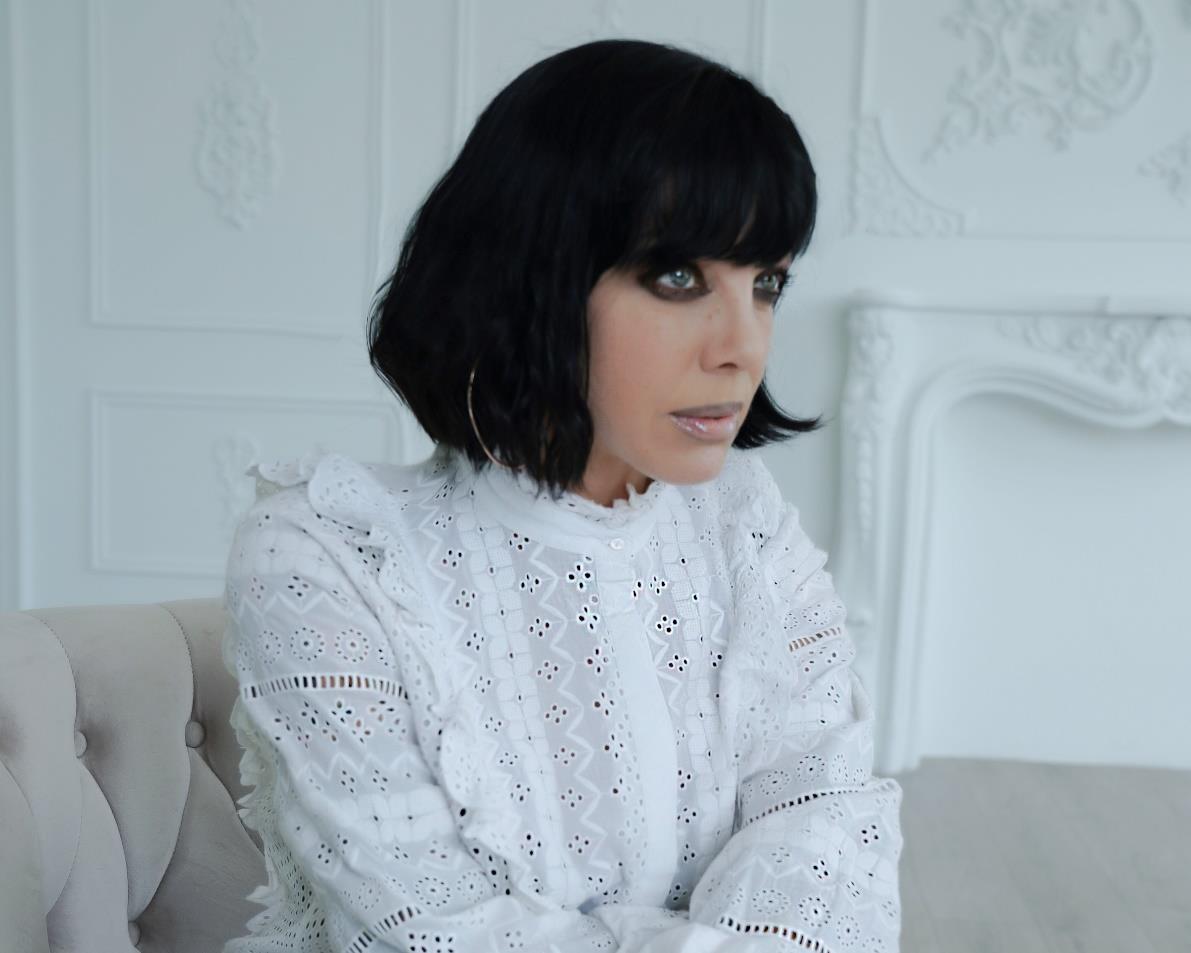 EDMONTON, AB (June 10, 2022) – Adam Scorgie’s Score G Production Films announced today that they will produce Bif Naked: One of a Kind, along with Electric Panda Entertainment, Her Royal Majesty’s Ent., and Gruvpix Films. The film is licensed by Super Channel and will be a Super Channel original documentary anticipated to air in early 2024.The documentary film will unveil the extraordinary life story of punk-alternative music artist Bif Naked AKA Beth Torbert and how this small-town girl who was orphaned in New Delhi, India became one of Canada’s most beloved and treasured rock icons.

"I am so honoured to be working with the unparalleled talent of Yas Taalat, Gabriel Napora and Yipeng Ben Lu of Electric Panda Entertainment, and Adam Scorgie and his team at Score G Productions. We are all super excited to be working with the world-renowned filmmaker Jennifer Abbott. I am completely blown away! I’m overjoyed to finally have a chance to not only share my story, but ultimately to share what I went through, and what my real life is really like. With Jennifer Abbott directing I feel like this will be my Truth – told authentically and powerfully: the real story about my adventure living such a full life from the beginnings in Uttar Pradesh and beyond. This is all a dream coming true!” – Bif Naked

“When Adam Scorgie of Score G Productions and Yas Taalat of Electric Panda Entertainment approached me about making a film about Bif Naked, I was elated. I’ve been a fan since I fell in love with her album I, Bificus over two decades ago. Like so many other women I knew, we were drawn to Bif's booming voice, fierce spirit and determination to chart her own course. Bif's real life story as an unstoppable pop punk rocker who turns trauma into triumph is as captivating and full of narrative twists as the best fiction. At this dire moment in time when so many are struggling to find their way, stories like hers are invaluable for empowering especially young girls and women to take bold risks and to challenge the status quo. I'm honoured to be collaborating with Bif and this incredible team to bring her remarkable story to the screen.” – Jennifer Abbott

“When Yas Taalat initially called Shane and I about taking on another feature documentary with our already busy slate, I was planning on saying “No,” until I heard it was going to be about Canadian rock icon Bif Naked. Hearing details about Bif’s incredible personal story and then meeting her in person, we just knew we HAD to tell this story.” – Adam Scorgie & Shane Fennessey, Score G Productions Co-Founders

“I spent a big part of my music career touring the world with Bif Naked, so when Peter Karroll approached Gabriel and I about doing a feature film documentary, not only did we jump at the chance with excitement – but I truly felt honoured. To be able to add to the incredible legacy of someone I care about so deeply for, was nothing short of a dream come true. I immediately called my producing partner Adam Scorgie, because if you’re going to do it right, you better call the A-Team. We’ve recently had an incredible run with our BISPING documentary and knew that together, we could deliver something special for Bif Naked. With this team, the incredible vision of Jennifer Abbott, and the unbelievable lived story of Bif Naked, prepare for fireworks and magic, a journey that must be told.” – Yas Taalat, Electric Panda Entertainment President & Co-Founder

“We have collaborated with Adam and the team at Score G on several exceptional documentaries and are thrilled to work with them again to bring yet another compelling Canadian story to Super Channel. We look forward to sharing Bif Naked’s captivating life story with our audience.” – Don McDonald, Super Channel President & CEO

“We were pursued by numerous directors and production teams over the years who wanted to do the Bif Naked documentary. I felt that her story was too unique to just jump at an early opportunity so I held off until I felt that I could work with the team that I knew would do the right job. I approached Gabriel and Yas who Bif and I have had a long successful history with on numerous fronts to produce the Bif Naked story. I knew they would give Bif the respect that she deserves because both of them have been an actual part of her story at different times. When Electric Panda brought on board their producing partners Adam Scorgie and Shane Fennessey, we knew we had the right producers to make this a special project. Together they worked hard to bring on the incredible Jennifer Abbott as director knowing that she would elevate this project artistically and with integrity. She was the final piece to create this dream team and be able to tell this amazing story about an artist who never said never and truly against all odds rose to find her spot in the hearts, minds and playlists of music fans globally.” – Peter Karroll, Her Royal Majesty’s Ent. Co-Founder & CEO

About Electric Panda Entertainment
Electric Panda Entertainment (EPE) is an international content creator and financier, headquartered in Toronto and Vancouver. Founded by a team of dynamic and experienced producers, including Gabriel Napora, Yas Taalat, Yipeng B. Lu and Costa Vassos, EPE has been creating and delivering transformational content through the development, production and financing of socially relevant intellectual properties for film and television. Films including Skin (2018), a feature film based on an Oscar-winning short under the same title, featuring Jamie Bell and Vera Farmiga; The Informer (2019), featuring Joel Kinnaman, Clive Owen, Rosamond Pike and Common; Ms. Purple (2019), directed by Apple TV+ PACHINKO’s Justin Chon; Driveways (2019) starring the late Brian Dennehy; and A Mouthful Of Air (2021) with Oscar-nominated Amanda Seyfried and Paul Giamatti. Their latest feature documentaries output include The Loneliest Whale (2021) directed by Josh Zeman (Netflix’s Sons of Sam) currently streaming on Disney’s HULU, partnering with fellow executive producers Leonardo DiCaprio and Adrian Grenier. Their partnership with Score G Productions started with the chart-topping feature documentary BISPING, distributed by Universal Worldwide, along with a number of projects currently in development.

About Her Royal Majesty's Ent.
This music label and full-service Entertainment Company was formed in 1995 by Bif Naked and her manager Peter Karroll out of necessity because every label to that point had rejected Bif Naked as a recording Artist. Bif and Her Royal Majesty’s went in to record and release platinum albums, multiple videos and toured Bif Naked and other artists internationally. Peter Karroll merged the music company with Bodog in 2005 and created a
music and television juggernaut signing many Canadian and International Artists including releasing albums by WuTang Clan, DMX, and Billy Idol. The company under Peter Karroll's direction produced multiple highly rate TV series Bodog Battle and Bodog Fight as well as specials in USA, Canada, UK and EU including PPV's.