The Parker Andersons to premiere April 19 at 8p.m. ET followed by Amelia Parker at 8:30 p.m. ET 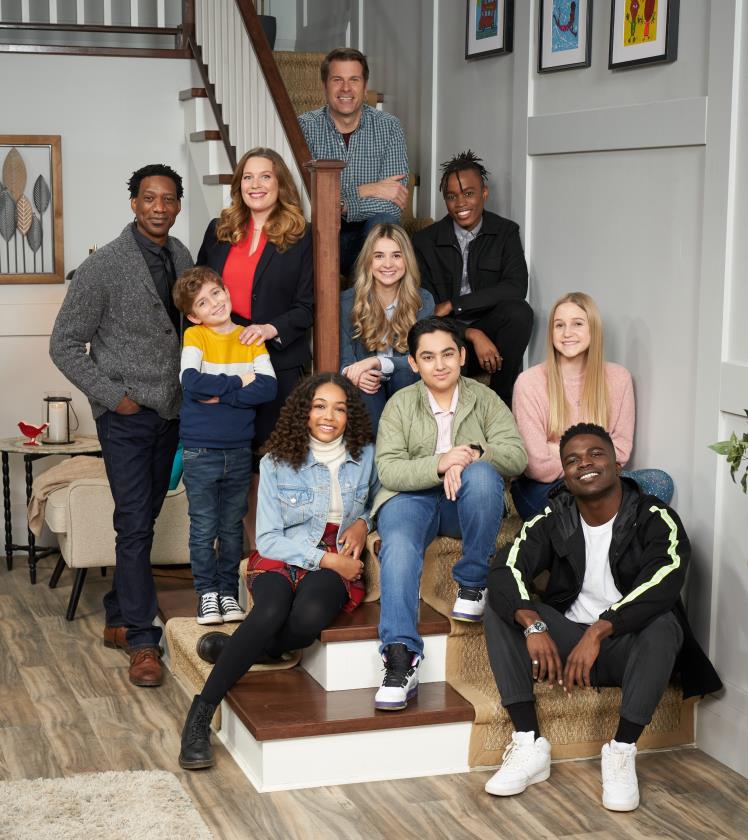 (EDMONTON) March 10, 2021 – Super Channel is pleased to announce it has acquired two new innovative family comedies slated for their Canadian premiere on Super Channel Heart & Home this April. The Parker Andersons (10 x 30 min) and Amelia Parker(10 x 30 min) follow the life of one interracial family, blended by marriage. The two interwoven scripted series highlight events in the life of the Parker-Anderson family from two different perspectives. Produced by marble media and Beachwood Canyon Productions, both series were shot in Toronto.

The Parker Andersons will premiere on Monday, April 19 at 8 p.m. ET, followed by Amelia Parker at 8:30 p.m. ET. Each half-hour episode will also be available on Super Channel On Demand, the day following its weekly linear broadcast.

This completely new and innovative concept enhances traditional TV storytelling by creating two stand-alone comedy series, each with their own storylines and episodes, while still connected by larger overarching plotlines tying the two independent shows together. The Parker Andersons follows the heartfelt family moments and warmly comedic antics of a newly blended family, while Amelia Parker centers around the quietest member of the family as she navigates the world around her.

“We are excited to bring this ground-breaking series to Super Channel Heart & Home,” said Jackie Pardy, Chief Content Officer for Super Channel. “Its unique story telling format allows viewers to get to know the Parker Andersons from two distinct perspectives and provides a refreshing look into the hilarious and heartwarming lives of this blended family, that we are sure Heart & Home viewers will connect with."

The Parker Andersons follows Tony Parker, a British widower and father of two (Nathan and Amelia), who moves to the United States, where he marries Cleo Anderson, the mother of two kids (Victoria and Charlie). The series follows this diverse family as they learn that their differences are exactly what they need to create a happy new life together.

Amelia Parker centers around the quietest member of the Parker Anderson family, a tween girl who has been selectively mute since her mother died a few years ago. If she’s going to participate in the world again, she’d better find her voice. In confessionals, we see that Amelia is actually an opinionated, vivacious girl, who openly explains her hopes, anxieties, and fears in virtual conversations with her deceased mom.

Anthony Q. Farrell serves as showrunner and an executive producer for both series. Farrell has written for The Office, Little Mosque on the Prairie and Nickelodeon’s The Thunderman’s and has developed shows for CBS Studios, Disney Channel and Cartoon Network, among others. He is also the creator of Secret Life of Boys, the BAFTA-winning CBBC series in its fifth season.