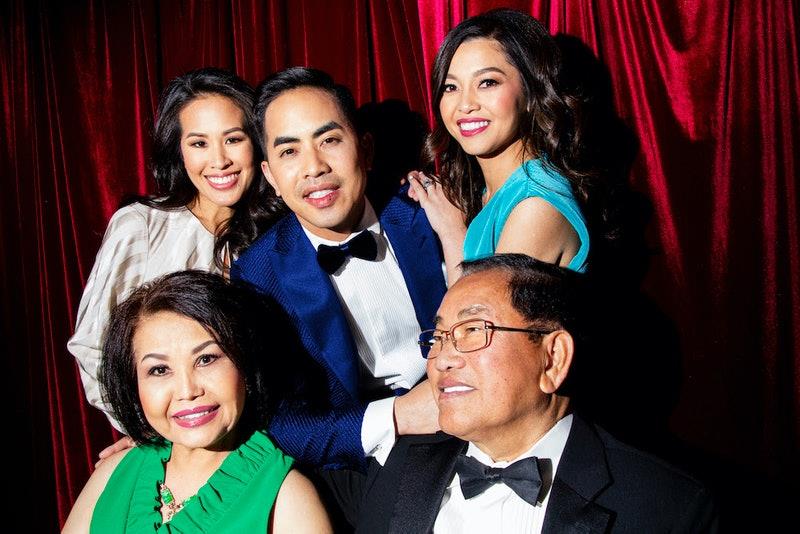 EDMONTON (December 2, 2020) – Super Channel is pleased to announce that the HBO Max Original docu-series, House of Ho, will be coming to Super Channel Fuse in Canada on Monday, December 21 at 8:00 p.m. ET. Two half-hour episodes will air back-to-back nightly Monday to Wednesday, culminating with a marathon of all 7 episodes on Thursday Dec 24 from 6 to 8:30 pm ET. All episodes will drop at once on Super Channel On Demand as of Dec 21. The series is produced by Lionsgate Television and Wallin Chambers.

“We are excited to bring the HBO Max Original, House of Ho, to our viewers as our first foray into the reality genre for Super Channel Fuse”, said Jackie Pardy, Chief Content Officer, Super Channel. “The docuseries is a fun and engaging look into the luxurious lives of the Ho family that we think will be a welcome escape to viewers over the holidays.”

Follow the lives, loves, and conflicts of the Hos, a wealthy Vietnamese-American family in Houston who’ve built a multimillion-dollar empire. In this unique and wildly entertaining new reality series, power struggles and family drama collide as Binh and Hue, immigrants who proudly achieved the American dream, attempt to control the lives of their adult children Washington and Judy, who find themselves under constant pressure to live up to their parents’ impossible expectations. Along with Washington’s wife Lesley, kooky Aunt Tina, and party girl Cousin Sammy, the Ho household is filled with love, laughter, and of course, designer handbags.

Binh Ho, 71, despite being the super strict patriarch of the Ho family, Binh has nothing but good intentions. Originally from Vietnam, his hard work has paid off and he is now the owner of a successful bank. Although Binh is living the 'American Dream' he feels the need to control every move his children make.

Hue Ho, 66, is Binh's loving wife and the matriarch of the family. Hue is always the perfect looking, highly critical mom who thinks her children can do no wrong. She often defends the children when Binh seems unreasonable, especially over Washington's hard-partying ways. Her love for her family is rivaled only by her love of cooking, which is on full display at the weekly Sunday dinner she hosts. The authentic Vietnamese fare is mouth-watering but the drama at the table is even juicier.

Judy Ho, 39, is the first born of Binh and Hue Ho. The self-pegged responsible and reliable one, Judy was the perfect candidate to become a lawyer and did so with flying colors as she is the consummate perfectionist. She is a mom to three kids and is going through a divorce. Washington Ho, 38, is the "former" playboy of the family with a reputation of dating questionable women and partying way too hard. Once he met Lesley, his future wife who would eventually steal his heart, he was forced to settle down ... a little. Now, he's a devoted father of two adorable kids, Roosevelt and Lincoln, but all of this is about to change as he attempts to prove he's a changed man and ready to step out of his father's looming shadow - he just hasn't quite figured out how.

Lesley Ho, 34, is Washington's independent, outspoken, down-to-earth and loving Vietnamese-American wife who juggles being the mother of their two beautiful children with her career as a pharmacist. Growing up in a small town, middle-class family in Oklahoma, she's had to adjust to the over the top lifestyle that comes with being a Ho.

Aunt Tina, 58, is the Aunt that likes to be noticed and makes sure that everybody does. From her purple streaked hair to her tight dresses, Aunt Tina is all about...well, Tina. She likes to work hard and play harder. As one of the younger immigrants of the Ho family, she grew up in Vietnam before following in her older brother's footsteps and moving to America.

Cousin Sammy, 29, should probably have her life a little more together but instead, lives for the moment
even if it doesn't always work in her favor. Since she and Washington are so close, he decided to offer her a job as his head of marketing.
Katy Wallin, Stephanie Bloch Chambers, and Nick Lee executive produce the non-fiction
series with co-executive producers Amanda Ly and Rosalina Lydster.